HAVING brushed her teeth for bed, Carla Belluci yelled goodnight to her houseguest for three nights – Strictly Come Dancing star and This is My House presenter Stacey Dooley.

Stacey stayed at 40-year-old Carla’s Hertfordshire home for a new series of Stacey Dooley Sleeps Over.

She was there to investigate Carla’s life in the limelight after she appeared on This Morning, where Phillip Schofield and Holly Willoughby slammed her for faking depression to get a £7k nose job on the NHS – something she now says isn’t strictly accurate, claiming the surgery was to repair a bump following an assault from a previous partner.

Stacey – who split from her long-term love while filming Strictly and now lives with dance partner Kevin Clifton – also wanted an explanation for headlines including ‘I’ll make cash from baby bump on OnlyFans after falling pregnant at 39 – it’s a money-spinner’ and ‘I can’t be bothered to homeschool my teen – I want her to go on Love Island not be a lawyer’.

Dubbing Carla ‘Britain’s Most Hated Woman’, Stacey, 34, was at pains to announce she wasn’t like the tabloids, saying to Carla: “I think it’s undeniable the controversial headlines have affected [your] children” and accusing her of prioritising money over her children – especially Tanisha, now 17, who is keen to both get cosmetic surgery and follow in her mum’s footsteps and join OnlyFans as soon as she turns 18.

But Carla, who lives with her partner, photographer Gio, 52, Tanisha, son, Jayden 14, and daughter Blu, six months, isn’t convinced – and she absolutely disputes claims she doesn’t put her children first. 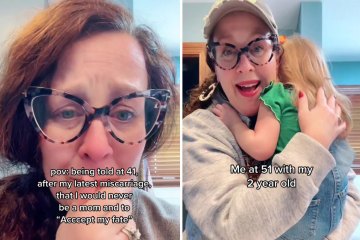 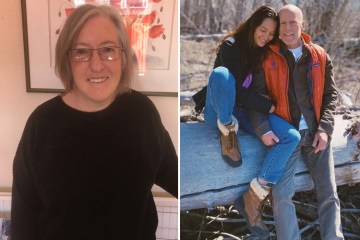 “I’m not sure there’s much difference between what Stacey is telling and what the papers and This Morning have already told,” said Carla. “Stacey was really nice – we got on really well and I liked her a lot. We shared a takeaway together on the first night and really got to know one another. She’s nice, guarded, but nice.

“But she acted a bit like I’m a muppet. We’re both in the same line of work, only she’s more successful.

“I always put my children first but do we have to give up everything for them? No, of course not.

“Just because I’m not some goodie two-shoes mum who works in an office or a chip shop doesn’t mean I don’t care about them.

“There’s no real difference between me being on OnlyFans and selling stories and a woman working in front of a fat fryer.

“I make enough money to give my kids a lovely life. They’re happy, healthy and just really lovely children.

“I don’t think Stacey quite understands that as she’s not a mum.”

In preview tapes of the show, given to The Sun, Carla revealed how she wouldn’t stop selling stories about herself, despite Stacey arguing it had a negative impact on her children.

Stacey told the programme: “She can’t help herself [courting publicity]. She’s said very clearly she loves the attention and the money.

“Outsiders will say you’re her mum and it’s your job to protect her, not profit from her.

“You’re a parent and she’s the child.

“That’s where your critics will jump in and say you can’t prioritise your kids above the money.”

She referenced a brutal attack on 14-year-old Tanisha who was beaten up at school a number of years ago – something her mum told a magazine at the time.

However Carla is convinced this assault, for which no one was charged, was unrelated to the notoriety which surrounds her.

I always put my children first but do we have to give up everything for them? No, of course not. Just because I’m not some goodie two-shoes mum who works in an office or a chip shop doesn’t mean I don’t care about them.

Carla, who makes £40k a month on OnlyFans, told The Sun: “I was bullied as a kid and my mum was never on OnlyFans. Of course I was horrified when Tanisha was attacked and it haunts us both.

“However, I think it is the easy way out to ‘blame Carla’.

“Still, I accept it now and just live with it. And that’s what I teach my kids too… ‘don’t worry what people think’.

“So I don’t care what people say, everything is the truth, like it or lump it.

“I’m not a monster. I would be no good in a 9-5 job. I would be fired in an hour. I would be sitting on the photocopier machine and running around shouting ‘woooooo’.”

“I would rather her have an OnlyFans account than go out and prostitute herself as an ‘influencer’ carrying a £1.4k Balmain bag and clinging onto the arm of an older man in Dubai.

She defended claims by Stacey that Tanisha – who has her own social media accounts – had been “dragged into the noise”.

“She loves the attention”, she said. “We’re more like best friends than mother and daughter and that’s lovely.”

Tanisha told the programme how she saw herself doing one of three jobs: stripper, Love Island contestant or OnlyFans star.

“I get it,” said Carla. “She sees my OnlyFans money roll in and wants a piece of it. But I’ve established myself as a brand and she isn’t one yet.

“Saying that, even if she was only 18, I would support her doing it. It would just be swim or underwear shots so why not? She’s her own person.

“I would rather her have an OnlyFans account than go out and prostitute herself as an ‘influencer’ carrying a £1.4k Balmain bag and clinging onto the arm of an older man in Dubai.”

There’s no real difference between me being on OnlyFans and selling stories and a woman working in front of a fat fryer.

She’s more concerned about her Love Island aspirations. “It’s so competitive and fairly pointless unless you win… but she loves Molly-Mae Hague.”

Carla is also happy for Tanisha to have surgery including tooth veneers. But one thing she’s put her foot down on is hip surgery – something her daughter was keen on – after learning it was banned in the UK and had a high fatality rate. “It’s simply not worth it,” she said. “I do drum into her that personality is always more important than looks.

“I’ve got an online persona but ultimately I do want my children to know that. I’m not dumb.

“Stacey knew that too. She realised I was savvy – a pantomime villain. And fair enough she doesn’t think I should sling Tanisha into the media – but she also presented a show which she was on and interviewed her.”

Tanisha added: “I am so happy that we were able to take part in this show, and people were finally able to see how lovely and genuine my mum is.

“She gave us all a lovely upbringing and I support her 100 percent in everything she does.

“My mum tries to protect me as much as she can but it’s me that wants to push a career in the limelight not her I want to put that straight.

“People need to get busy rather than keep worrying about us as we are absolutely fine and loving life.”